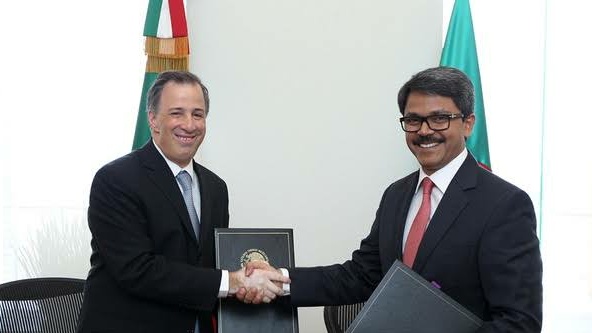 Director General (Americas) of the Ministry of Foreign Affairs Toufiq Islam Shatil led the Bangladesh Delegation whereas Director General (Asia-Pacific) of Mexican Foreign Ministry Ambassador Claudia Franco Hijuelos led the Mexican delegation. As members of delegations of their respective countries, Bangladesh Ambassador to Mexico Abida Islam and Ambassador of Mexico to India Federico Salas Lotfe concurring to Bangladesh, participated during the discussions. Bangladesh delegation comprised of representatives from Ministry of Foreign Affairs, Commerce and Cultural Affairs and from National Board of Revenue (NBR). The entire gamut of bilateral relations between Bangladesh and Mexico were discussed during the meeting focusing on economy and trade, exchanges between Foreign Service academies, bilateral cooperation in cultural, gender equality, defense and tourism including visa exemption for diplomatic and official passport holders.

The leader of the Bangladesh delegation also emphasized the need to carry forward the momentum that was created during the successful visit of the State Minister of Foreign Affairs in September 2021 while attending the 200- year celebration of Mexican Independence. Bangladesh side requested for opening a resident mission of Mexico in Dhaka in near future. Mexican side proposed to form a Parliamentary Friendship Group between lawmakers of two countries.

In the area of trade and investment, Bangladesh highlighted the impressive investment possibilities and benefits provided by the Government to the foreign investors.  In response, the Mexican side showed its keen interest in the sector of constructionand auto parts industries in Bangladesh. Terming economic affairs as a key aspect and one of the priorities in foreign policy, both sides agreed to create a Joint Working Group between the governments to explore the potential untapped areas and take advantage of their respective economic opportunities. Referring to the recently concluded MOU between COMCE and the FBCCI in September 2021, both sides stressed on their frequent engagements even in virtual platforms in the coming days.

To improve the people-to-people contacts, the Bangladesh side requested the Mexican government to establish a Visa Facilitation Services (VFS) Center in Dhaka .

The Bangladesh side received a positive response from its Mexican counterparts regarding its proposal to enhance military cooperation and sharing its vast experience in the tourism sector.

The 2nd FOC is expected to take place during the second half of 2022 preferably in person if the conditions permit, either in Mexico City or Dhaka, at a mutually convenient date and time.